Posted by info@hillcroftpark.co.uk News No Comments

Posted by info@hillcroftpark.co.uk News No Comments

The  Games Room opens at 10.00am on Friday, Saturday and Sunday and Closes at 9.00pm.  All times are at the Park’s Discretion. 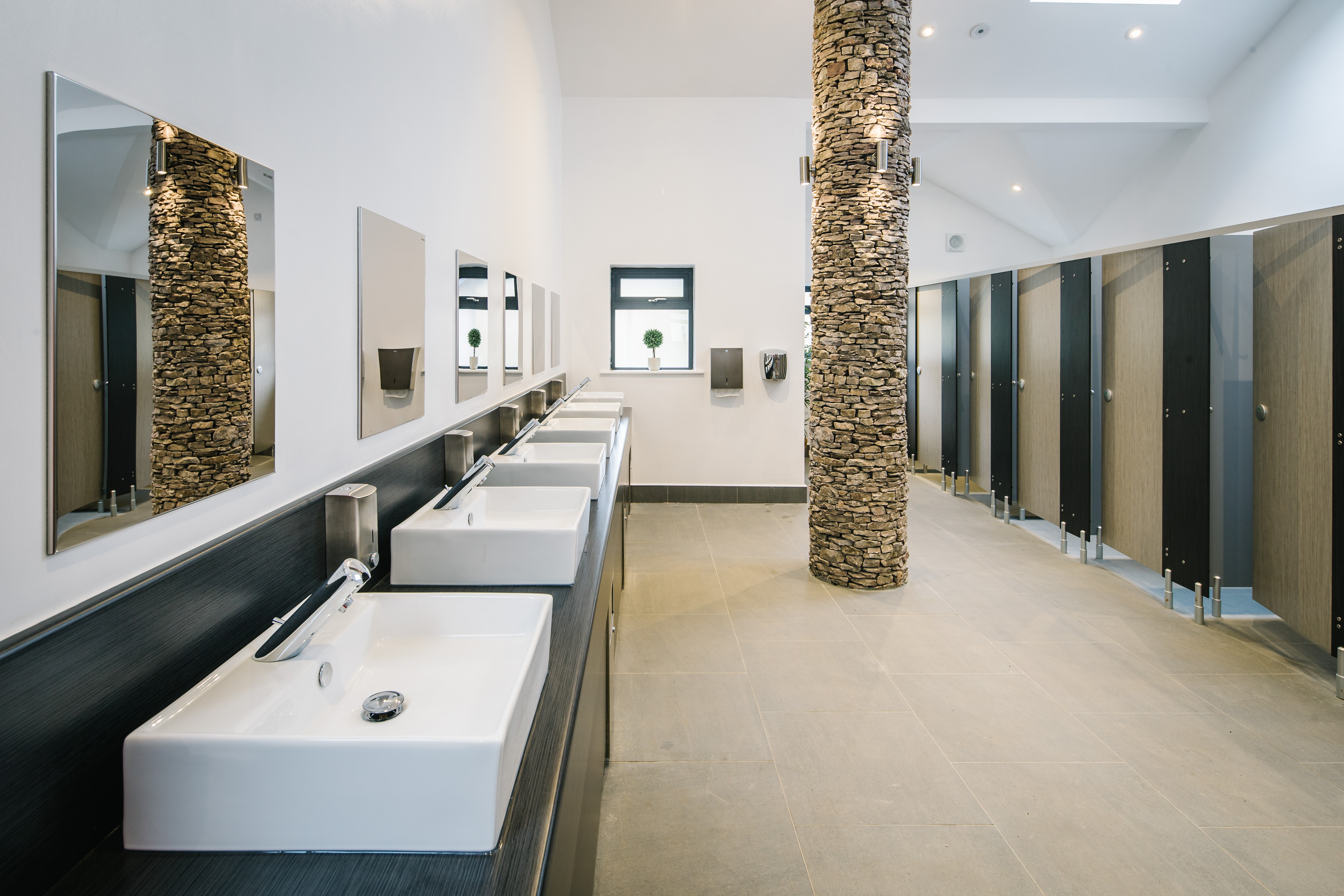 Posted by sam News No Comments

Johnny opened the brand new facilities building including a shower block that must be one of the most impressive in the UK when it comes to camping bathing facilities.  Many of the fixtures and fittings would not be amiss in a luxury bathroom at home!  Not content with high quality showers, basins, taps and tiles – campers will also be able to enjoy panoramic Lakeland scenes thoughtfully installed within the facilities themselves as well as a custom made Lakeland soundscape of dawn chorus, sheep and of course, water.

For families who prefer a little more privacy, we also have two private bathrooms that can be hired for the duration of guests’ stay that include generous bath and walk in showers. 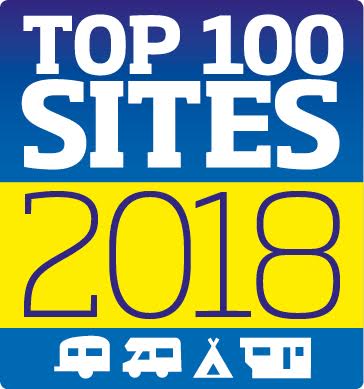 Posted by sam News No Comments

If you’ve enjoyed a holiday with us recently, we’d like to ask a favour? Please would you vote for Hillcroft Park to be in the TOP 100 sites in the UK for 2018? It’s very simple – just click here and follow the steps, it only takes a couple of minutes. Many thanks in advance for your support. 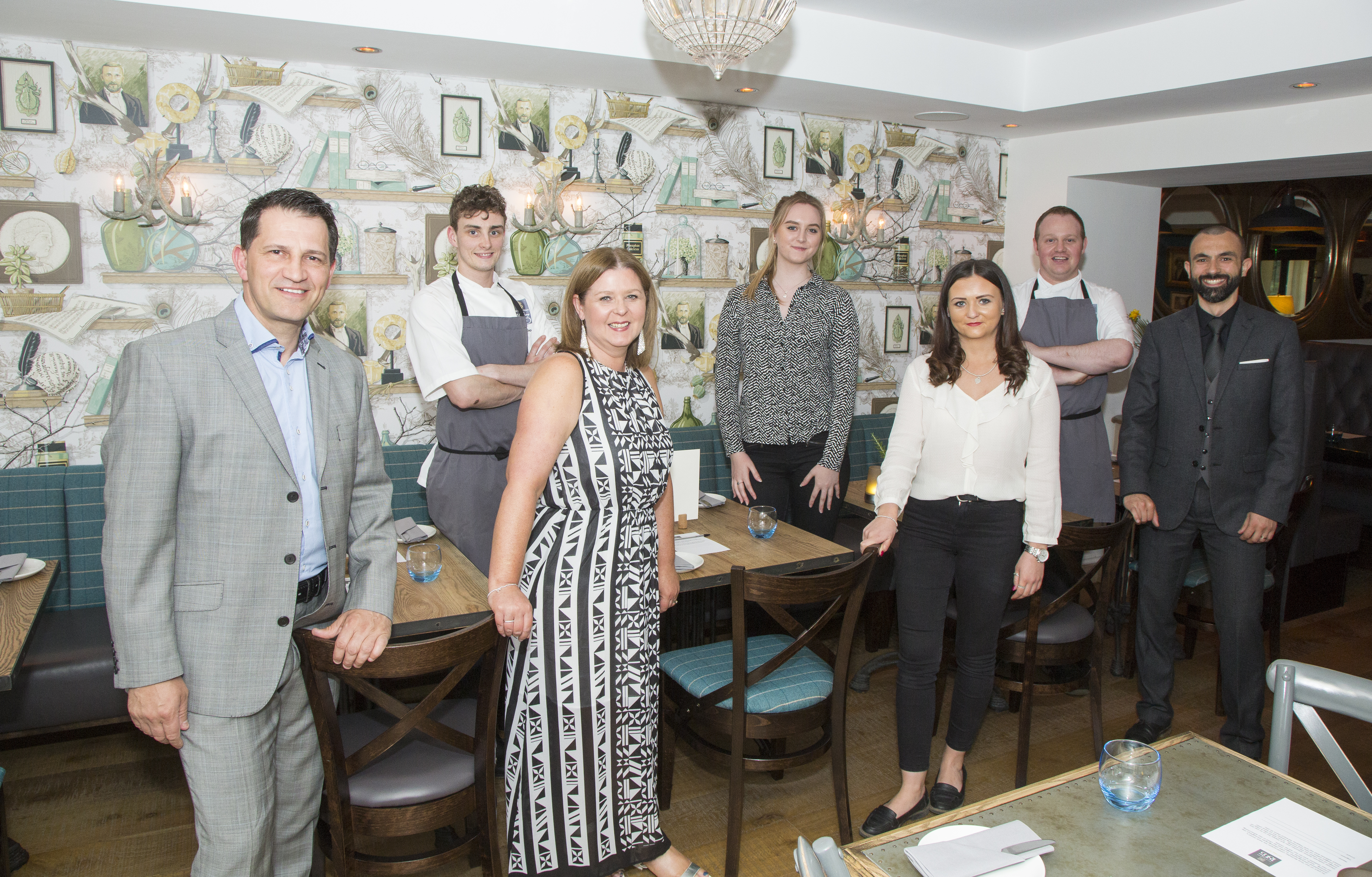 A recent addition to the Ullswater Valley food scene is celebrating an astonishing first year of business. 1863 Bar Bistro Rooms in Pooley Bridge opened its doors to guests in May 2016 with a flourish of Victorian-inspired chic and a keen young Head Chef eager to make waves on the Cumbrian food scene.

For over 150 years, 1863 has quite literally been a cornerstone of the village. The property is set in the heart of Pooley Bridge, a short walk from the shores of Ullswater. It was built first as the village blacksmith’s and later became the post office. Now reimagined for the 21st century, 1863 features a bar, bistro and seven elegant bedrooms. A family business, they say they enjoy getting the little things just right, welcoming guests back time and again to share in a slice of Lakeland paradise.

Twelve months on and ‘the proof’ as they say ‘is in the pudding.’ Over 10,000 locals and visitors from as far away as Hong Kong and New Zealand have enjoyed dinner in the Bistro while over 3500 have used 1863 Bar Bistro Rooms as a base for a short break to discover the beautiful Ullswater and Eden Valleys and of course the wider Lake District.

Meanwhile, over in the the Kitchen, the team is almost unrecognisable. One year ago, Head Chef, Phil Corrie was holding the fort on his own. Today, thanks to a lot of hard work and skill, Phil (25) is joined by four other chefs with a combined mean age of 19.6 years! Between them they’ve worked with 21 local, regional and national suppliers to create 104 different dishes plus 46 flavours of ice cream and sorbet.  That equates to over seven menus in 1863’s first year, or put another way, one new dish served every three days!

Head Chef Phil commented:
“To have the chance to be involved in a new business venture right from the off is on most Head Chefs’ bucket lists. I’ve enjoyed every moment of the last year and am so proud of all we’ve achieved together. I’ve particularly enjoyed the opportunity to create innovative, seasonal menus using produce that really is as local as it could be – Jean’s fantastic kitchen garden veg, Henry’s pungent mint and my mum’s raspberries!”

When asked what year two holds, Phil’s not resting on his laurels. The young chef and graduate of Kendal College is focussed on building and expanding 1863 Bistro’s reputation both with customers and critics while pushing and developing his young team on the technical front.

Previously known as Elm House Bed and Breakfast, 1863’s owners, Mark and Anne Vause, moved to the area from Blackburn in 2008 and spent eight years running the award-winning B&B. In November 2015, the entrepreneurial couple had already made the ambitious decision to close to undertake a £300,000 refurbishment project and relaunch in early Summer 2016 as 1863 Bar Bistro Rooms. Despite the dreadful storms of Winter 2015/16 and ensuing challenges, the establishment opened on time and on budget in late May.

Mark commented:
“Quite honestly – it’s been astonishing. You always hope that people are going to like what you’ve created but we’ve just been so taken aback at the support and appetite (!) our customers have for 1863. But perhaps beyond the welcome, the food and the rooms, I think maybe they appreciate that we’re a close knit team, we work hard and are constantly looking to the future and ways to make their visits to us unexpected and even more enjoyable.”

With a brand new summer menu out now, a newly expanded wine list due out in early July, two new luxury suites available from late July plus a series of popular Tasting Evenings throughout the year, there’s no sign that the 1863 pace is going to abate anytime soon.

1863 is open year round; the bar opens at 2pm with a ‘Bite to Eat’ menu, the bistro opens at 6pm daily. Booking is strongly advised for the Bistro. To book a table call 017684 86334.
For further information and the latest menu visit www.1863ullwater.co.uk.

For further information or images please contact Sam Bunting on
07866 492 891 or at sam_bunting@hotmail.com

Notes to the Editor
• INVITE TO JOURNALISTS: If you’d like to come and review our Bistro, please contact Sam on 07866 492 891 to arrange a suitable time
• A selection of images is available here: https://www.dropbox.com/sh/uai1kkqkehl3nzx/AAA4MV4LM_TyAXdwxjhe3zB8a?dl=0
• Mark and Anne Vause are available for interview. Please contact Sam on 07866 492 891 or at sam_bunting@hotmail.com to arrange a suitable time 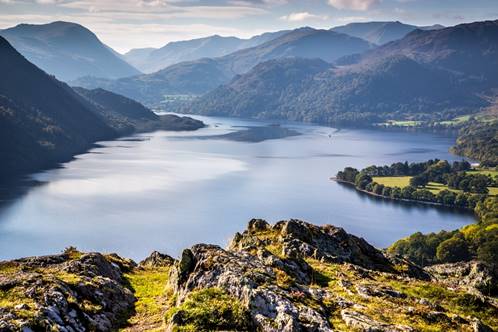 Posted by designworks News No Comments

The Lake District has become a World Heritage Site joining iconic locations such as the Taj Mahal, the Great Barrier Reef and Grand Canyon as a place of international acclaim.

Today’s announcement in Krakow has led to jubilation among 25 organisations in the Lake District National Park Partnership who had put the bid together for UNESCO recognition in the cultural landscape category.

Chairman of the Partnership, Lord Clark of Windermere, described the prestigious status as momentous and will bring great benefits for locals, visitors, tourism, businesses and farming. It now joins just over 1,000 World Heritage Sites worldwide.

Three key themes underpinned the bid for World Heritage Site status, recognising the Lake District National Park as a cultural landscape of international significance. These include world ranking examples of identity – the dramatic farmed landscape; inspiration – art, literature and love of the place. This in turn sparked the birth of conservation – people fought and invested to look after this special corner of England.

Lord Clark explained: “It is this exceptional blend which makes our Lake District so spectacularly unique and we are delighted UNESCO has agreed. A great many people have come together to make this happen and we believe the decision will have long and lasting benefits for the spectacular Lake District landscape, the 18million visitors we welcome every year and for the people who call the National Park their home.”

Richard said: “The Lake District is an evolving landscape that has changed over time and will continue to do so. Improving landscape biodiversity and looking after our cultural heritage underpin the Partnership’s management plan which sets out how, together, we will look after the National Park as a World Heritage Site for everyone to enjoy.”

The bid was submitted by the Department for Digital, Culture, Media and Sport and Historic England as the UK’s only submission in 2016. Following the 41st UNESCO committee meeting held in Krakow, John Glen, Minister for Arts, Heritage and Tourism said:

“The Lake District is one of the UK’s most stunning and ancient landscapes and I am thrilled it has been granted World Heritage Site status. It is a unique part of the world, that combines a vibrant farming community with thousands of archaeological sites and structures that give us an amazing glimpse into our past.”

He added: “This decision will undoubtedly elevate the position of the Lake District internationally, boosting tourism and benefitting local communities and businesses.”

Join us! Locals and visitors across the Lake District are being invited to celebrate the UK’s latest World Heritage Site this weekend by coming together for a Picnic in the Park! Marking the first weekend as a UNESCO World Heritage Site (15 and 16 July) lovers of the Lake District are encouraged to take a trip to their favourite picnic spot, café, garden, fell or iconic lakeside view in the National Park and share their photos using #WeAreTheLakes, which will appear on the World Heritage website. For ideas on where to go this weekend, visit: lakesworldheritage.co.uk

Visitors to the popular Pooley Bridge holiday park, Hillcroft are in for a pleasant surprise as the team unveil a fresh new look for 2017…